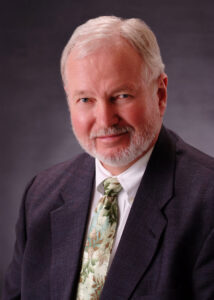 Attorney Jeff Scott Olson was born in Augusta, Wisconsin, a small farming community. He came to Madison to attend the University of Wisconsin, graduated with honors in 1972, and obtained his law degree in 1976. In over forty years of private practice, he has almost always represented individuals or small businesses against government agencies, corporations and insurance companies.

Katlyn received her Bachelor of Science Degree from the University of Wisconsin at Madison. She graduated with majors in both Legal Studies and Neurobiology, with an emphasis in Psychology, and she also earned a certificate in Criminal Justice.

While studying at UW-Madison, Katlyn gained a diverse background of experience, and pursued a variety of opportunities. At the Wisconsin State Capitol she interned for both a State Senator and a State Representative. At the Department of Justice she interned for the Division of Criminal Investigation. Through the university, she conducted neurobiological and psychological research in Michael Koenigs’s prison inmate lab.

Claudia Shipley is our firm’s legal secretary. She is often the person who can provide a client with a quick answer to a question like, “Should I be early for my deposition?” and past clients are unanimous in their praise for the way she addresses their concerns and helps them through what can be a stressful time.

She is a client’s first line of contact with the firm, and works hard to make sure clients get what they need.

“First Consultation Free” is a series of pieces by Jeff Scott Olson on subjects concerning which clients are often ignorant.

Here you will find an increasing collection of materials which we hope will be useful to lawyers in private practice representing injured people in claims against government, corporations and insurance companies.